The Samurai are some of the most feared and revered warriors of all time. Recently discovered remains from mass graves are casting an extraordinary new light on these legendary fighters.  Forensic investigation of their brutal injuries is solving the remarkable story of how these samurai fought, and died.

30 miles south of Tokyo lies the coastal town of Kamakura. Here 18 years ago, bulldozers digging the foundations for a car park made an astonishing discovery. They unearth a complete skeleton, but not only that, they find more. Not tens or hundreds, but thousands. The discovery of a mass grave. It looks like the site of a great battle or massacre. Scientists later examined skeletons from these mass graves and found over 3,000 human bones, some featuring seriously horrific injuries. The big question is, what happened to these bones, and why?

The injuries shown from the bones were exclusive to Japanese soldiers. Cut marks, lacerations, and blunt force trauma were found throughout, which resembled the effects of a Katana, the legendary sword of the samurai. Like the European knights who lived and died at the whim of their king, the samurai pledged allegiance to their feudal master. The scientists who examined these skeletons explores a startling idea, that the skeletons connect to a major event recorded in a written chronicle of the time. A bloody civil war fought by samurai warriors, which climaxed in the year 1333. On one side of Japan, based in Kamakura, was a military dictatorship known as the shogunate headed by the Hojo family. On the other side, based in Kyoto, was the emperor Go-Daigo, a man hellbent on destroying the Hojo dictatorship and restoring imperial power to the nation. Since the time of the first Shogun of Japan, the emperors were relegated to being mere figure heads. They were effectively religious figures, but had no real power. Emperor Go-Daigo changed all that. He was young, vigorous, and brave. He wanted to rule Japan as his ancestors had done.

In the year 1333, these two rival powers clashed with the utmost brutality. Two distinctive skeletons immediately stand out. The experts believe the location of these skeletons in the mass grave indicates when they died. Locked in an intimate embrace, one enigmatic couple lie on the fringes of the grave. This suggests they perished in the first stages of the war. The remains of a man and women lying together in a lover’s pose is a mystery 7 centuries old. The wound marks on both skeletons matched the unique style of a samurai sword fight. Samurai duels involve a ceremony of precise strikes, that one by one bring an opponent to his knees. Forensic evidence suggests that this was their first experience of combat, so they were likely civilians. The death of this family and others like them marks the beginning of a bloody war.

Samurai duels are stylized and mutually respectful affairs. The very heart of samurai fighting culture is the Katana sword. You would first bow, and then draw your sword. The duels are elaborate, with skilled adversaries sizing each other up, looking for gaps in each other’s armor and technique. Stylized samurai sword play remains unchanged in Japanese tradition to this day. Seven hundred years ago, the precision engineering of the samurai katana is light years ahead of any other bladed weapon in the world. The katana is a precision killer so light that it can be wielded by a child. In 14th century Japan, samurai are trained from the age of 3. They are taught there is something special about the sword, that it’s an extension of the soul. They believe that God lives in the sword and he will protect them and keep them safe.

Tension between the Hojo military dictatorship and the emperor begins to escalate to an all-out civil war. The emperor’s army advances towards the Hojo’s fortress city of Kamakura. The city of Kamakura was incredibly well defended by nature. On the southern side was the sea, and surrounding all other sides lay a ring of mountains which cut it off completely from the outside world. The treacherous route to Kamakura involves embarking through the seven natural gorges, the perilous passageways that form the only way through the ring of mountains. The paths are quite narrow, and warriors would be shooting down at the traveling samurai from above. As the emperor’s campaign escalates, every Hojo of fighting age must fight for their survival in a bloody civil war that ends in a trail of butchered corpses. Scientists examine a skeleton that suggest samurai monks are caught up in the heat of battle. Throughout Japan’s history, warrior monks and the Buddhist monasteries play an important role in warfare. The written histories of the time refer to monks casting battle spells. At the time, certain spells and curses were thought to have been instrumental in the outcome of a battle. They would call down the wrath of the gods upon their enemies to bring them defeat, and that may well have produced some effects on imperial powers who were frightened to be taking on these strange demonic spiritual powers in addition to men who were armed with swords and spears.

The first crucial military act would be to start performing these ritualized curses, a process which would go on for weeks. There’s also written evidence where in times of crisis, monks would go into battle. In the critical battle of the gorges, they would need every man to fight. The battle is fought not just with samurai swords. The uneven terrain is ideal for ambush from above, with Hojo samurai firing arrows at the emperor’s encroaching forces. Accounts of the time tell of brave Hojo fighters holding the emperor’s army at bay. “The attackers pressed forward with fresh men time after time. So brave were their numbers. The defenders held stubbornly in many engagements. So vital were their strongholds. Thunderously their battle cries and shouts on both sides jarred the heavens and made the earth tremble.” - The Taiheiki Chronicles 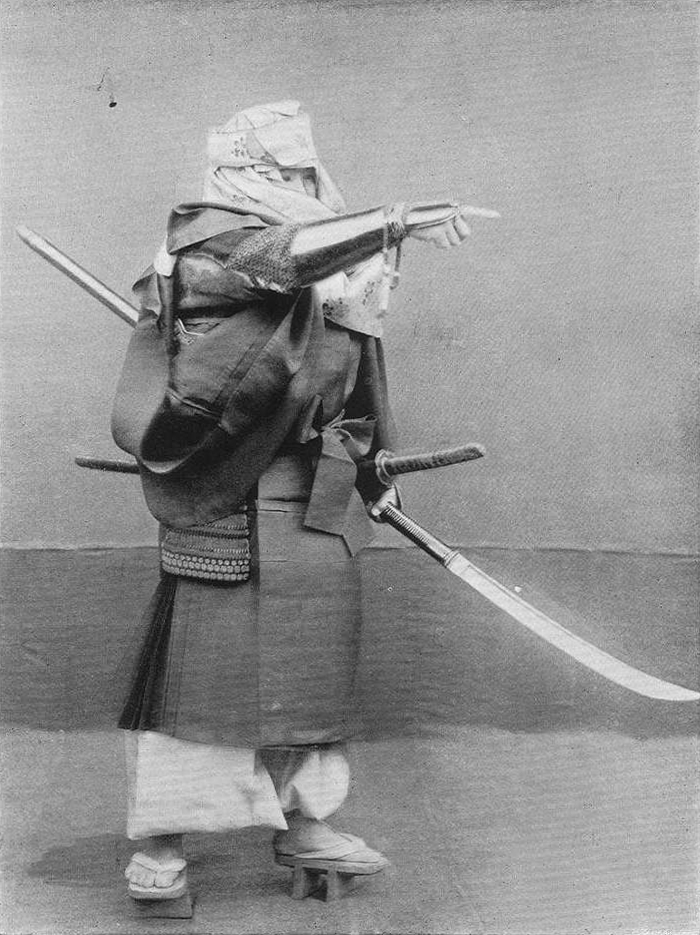 Warrior Monk of the Kamakura Period

Pressing on their advantage, the Hojo warriors leave themselves vulnerable to attack from the emperor’s own archers. A well preserved skull from the mass grave shows just how devastating these arrows were in the battle. There is a v-shaped notch in the skull that shows an arrow pierced straight through the bone with great velocity, penetrating into the brain and causing a fatal brain hemorrhage an instant kill. His death is not in vain as the emperor’s army fails to break through the gorges, but there is one further way to strike at the heart of Hojo territory.

In the battle for Kamakura, the emperor’s samurai have one final and potentially devastating card to play. Playing it results in a massive pile of bodies on Kamakura beach. One skeleton attracts particular attention. This skull has two injuries, a very deep gash running along the top of his head and another blow through the back of the skull where a sword came in and cut a slice right off. The unusual shape of the gash along the top of the head indicates the blow came from above, yet the sharp trauma matches a katana sword. There are also two animal skeletons that solve the puzzle. The bones resemble a horse. Both injuries are to the very top of the skull, which point to the conclusion that they were from a katana-wielding samurai on horseback. 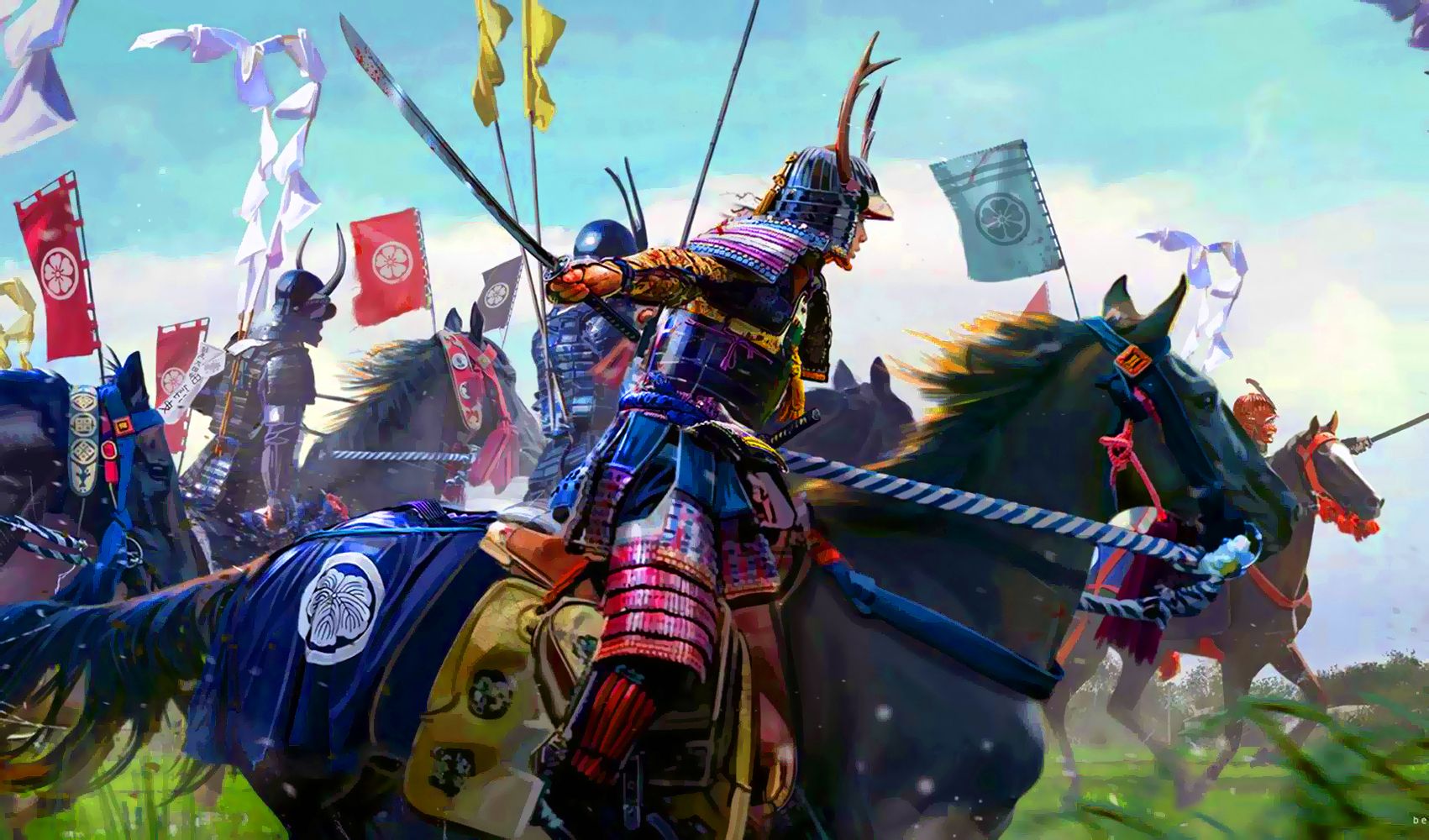 Horses are ineffective in the confined terrain of the gorges, but in the final phase of the civil war, a chance of nature allows the emperor to unleash his powerful samurai cavalry on a weakened Hojo army. At the time, the Kamakura coast had an exceptionally low tide. The crucial moment in the fight to gain entry to Kamakura happened when the tide was far enough out to allow the imperial army to go around the rocky cave that stretched out into the sea to enter into Kamakura from the southern side. The retreat of the sea opens up the way for the emperor’s cavalry to charge.

The sheer number of Hojo skeletons confirms the battle turns into a massacre. The mass graves shows a horrifying range of wounds. An injury on one body shows the execution of a soldier laying on the ground, with a thrust through the abdomen, likely resulting in a death from bleeding out. The dramatic accounts at the time describe a sea turned red by slaughter.

More skeletons from another mass grave reveal how brutal the final slaughter becomes. Their injuries link them to the 1333 civil war, and they offer new revelations. Two in particular arouse the curiosity of the forensic scientists. The largest mass of bodies from the slaughter on the beach includes broken bones and heads, yet two skulls sit alone, bearing unusual cut marks. Both of them are decapitated blows to the back of the neck. 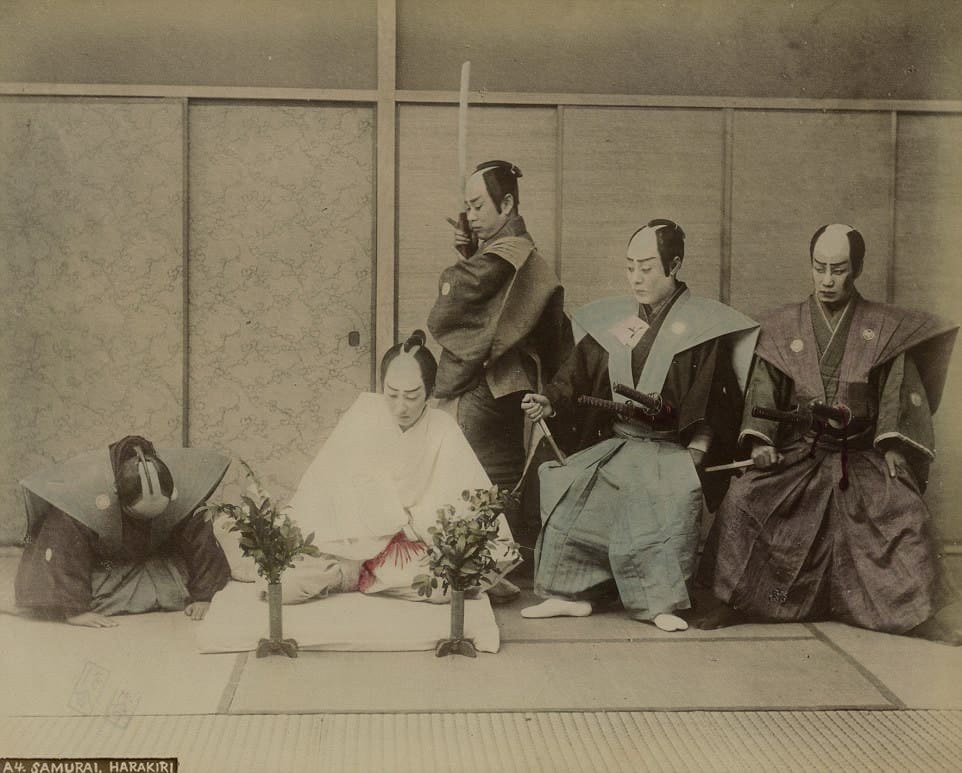 The victorious imperial samurai takes the heads of the fallen Hojo as trophies. This gruesome battle rite leaves more than 500 beheaded skeletons buried in the mass graves. The two decapitated skulls however lay separate from the mass of skeletons. This indicates that these two samurai may have been very famous, or high ranking generals. As defeated Hojo samurai of high status, they attracted special attention from the emperor’s army.

The skulls of formally executed high-ranking Hojo samurai is evidence of an unusual battle rite observed in medieval Japan. The execution of Hojo samurai leaders marks the end of the battle of Kamakura beach. The city now lies at the mercy of the victorious imperial army, and the emperor’s retribution is ruthless. The battle of Kamakura ended in a bloody, burning inferno. Almost the entire city was alight, fighting going on everywhere, men being cut down among the smoke and the flames. Those Hojo who are not slain in battle or massacred during the pillage of the city flee to the mountains around the edge of Kamakura. There they committed the largest act of mass suicide in Japanese history. As Kamakura burns, hundreds of Hojo embrace the samurai code, and take the only honorable way out.

One of the best known traditions of the samurai is the grimful ritual of Seppuku, which is to commit suicide by cutting open your abdomen using a sharp dagger. This was well entrenched in samurai history, an example that every samurai knew he would have to follow to save his honor when he knew he would be defeated in battle and death was certain. The fall of Kamakura wipes out the entire Hojo shogunate. Emperor Go-Daigo sees his power and stands as the undisputed ruler of all Japan. With a complete destruction of the Hojo family, emperor Go-Daigo had achieved his objective. He could now reign as emperor just as his ancestors had done centuries before.