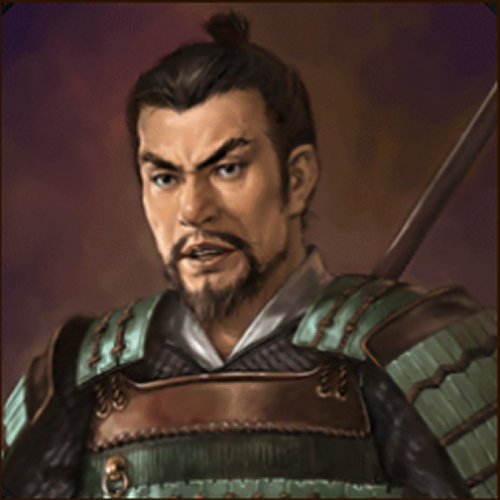 When talking about the legendary Hattori Hanzo, we’re not talking about the swordsmith from Kill Bill, the fighter from the arcade game Samurai Shodown, or the character from Overwatch. This Hanzo, a Japanese samurai from the Sengoku era, was famous during a time in Japan that was marked by social chaos, political upheaval, and constant military conflict.

Some might argue that Hattori Hanzo was actually a ninja, and while he was involved in ninja activity and went on to become the leader of an entire ninja clan, at the beginning of his career he was simply a samurai military commander. In fact, his military strategy and fearlessness on the battlefield earned him the name Oni no Hanzo, Japanese for Hanzo the Demon. Hanzo was born in Mikawa in 1542 under the name Masanari. His father, Hattori Hanzo Yasunaga, raised him. Yasunaga was known as a minor samurai to the Matsudaira, a clan that eventually became the great Tokugawa clan and ruled over Japan as Shoguns between the 17th and 19th centuries. 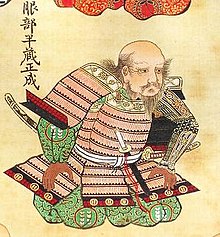 Training as a Samurai

Hattori Hanzo began his training from a very young age, and some say he began learning the sword as early as the age of eight. Hanzo, in some Japanese stories, climbed a mountain as a child and met ancient teachers of the sword and mystics. However, much of Hanzo’s life is unknown to us, and despite varying accounts of his supposed acts, many of these legends cannot be proven.

One of the only credible events that we can be sure of was Hanzo’s escort of the future Shogun, Tokugawa Ieyasu. In the 16th century, Japan was a minefield of politics, wars, and savagery. During this period, a high ranking lord (daimyo), Oda Nobunaga, was successful in unifying the other daimyo of feudal Japan. However, he was betrayed by one of his own vassals and was quickly subdued — leading him to commit seppuku, ritual suicide. 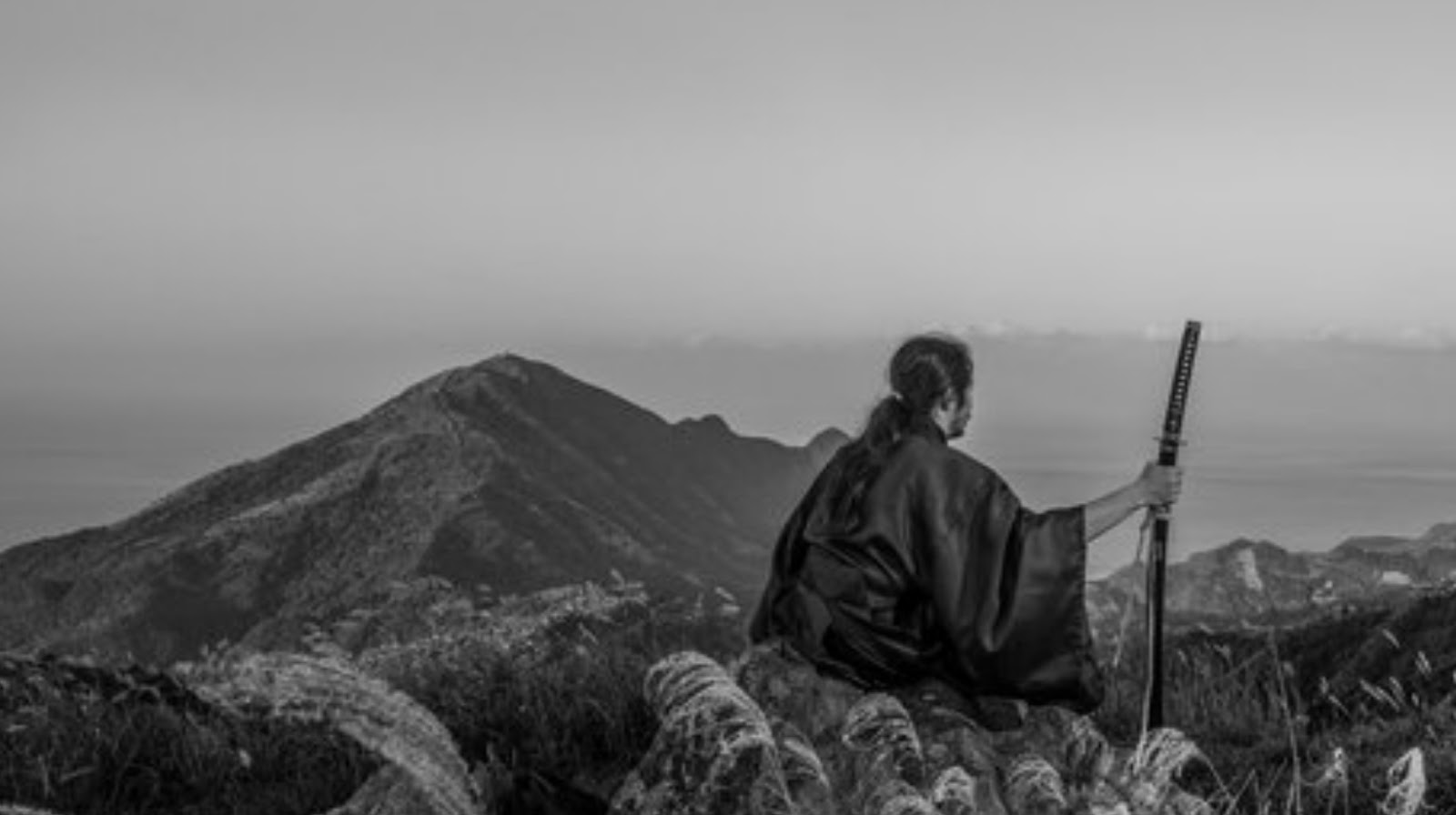 As you can imagine, the death of Oda Nobunaga, who had worked so hard to unify Japan and essentially become its ruler, led to much political commotion. Nobunaga was survived by two retainers, one of which was Tokugawa Ieyasu. It was this Shogunate who would rule Japan for nearly 300 years between 1600 and 1868, but he would never have risen out of Oda Nobunaga’s shadow had it not been for Hattori Hanzo.

Hanzo came into the service of Tokugawa, but we know little about his work here or how he came to join the soon-to-be Shogun. Hanzo, in a Japanese legend, served Tokugawa in an attack at night on Kaminogo castle in 1562 and was successful in retrieving the daughters of Tokugawa who had been captured by a rival clan. Hattori Hanzo would have been just sixteen years old at this point, but he had already caught the attention of Tokugawa Ieyasu who praised him for his bravery.

The rescue of Tokugawa’s daughters is the first glimpse of Hanzo’s supposed ninja life as opposed to his more honorable samurai way of living. Hanzo, Japanese legend states, used guerrilla warfare when taking Kaminogo castle, sneaking up on enemies, surprising them with attacks from above, and infiltrating through the castle guards.

Impressed with Hanzo, Ieyasu began to employ more ninjas and assigned Hanzo as their leader. After this, Hattori Hanzo was no longer referred to as a traditional samurai and became something of a leader of ninjas — most of which were from the province of Iga where the Hattori family originated from.

Another example of Hanzo’s service to Ieyasu was his undying loyalty. Ieyasu’s oldest son, Nobuyasu, was accused of treason and conspiracy by Oda Nobunaga. Outraged by his son’s supposed crime, Ieyasu ordered his son to commit seppuku, but after a botched attempt, Hattori Hanzo was ordered by Ieyasu to finish the job. Hanzo refused the order, stating that he could not kill a man who shared the same blood as the great Tokugawa Ieyasu himself. Tokugawa  was so moved by this, he went on to say in regards to Hanzo, “Even a demon has a heart.”

Hattori Hanzo’s most notable moment in his career was his escort of Tokugawa Ieyasu after the death of Oda Nobunaga. Upon Nobunaga’s death, Japan went into a free-fall, and as one of Nobunaga’s retainers, Ieyasu became a massive target. At the time of his master’s death, Ieyasu happened to be far away from home and was suspended in a land riddled with enemies. Ieyasu had a long journey back home to the province of Mikawa, but to his fortune, he crossed the Iga province, an area where Hanzo had earned himself some ties with the local ninja clans as a result of his family’s heritage there.

Upon arriving safely home at Mikawa after five days of walking and battling, Tokugawa Ieyasu threw his support behind Toyotomi Hideyoshi who was Oda Nobunaga’s other retainer, a man also bidding to seize control of what Nobunaga had left behind. Together, they proved to be a formidable force strong enough to uphold Nobunaga’s legacy and restore balance to Japan. With the ninjas under his employ, Ieyasu traveled to Edo to resume his responsibilities as Shogun in 1590, but he had the ninjas who were fully under Hattori Hanzo’s stewardship take up barracks near the west gate (Hanzomon Gate) of Edo Castle. 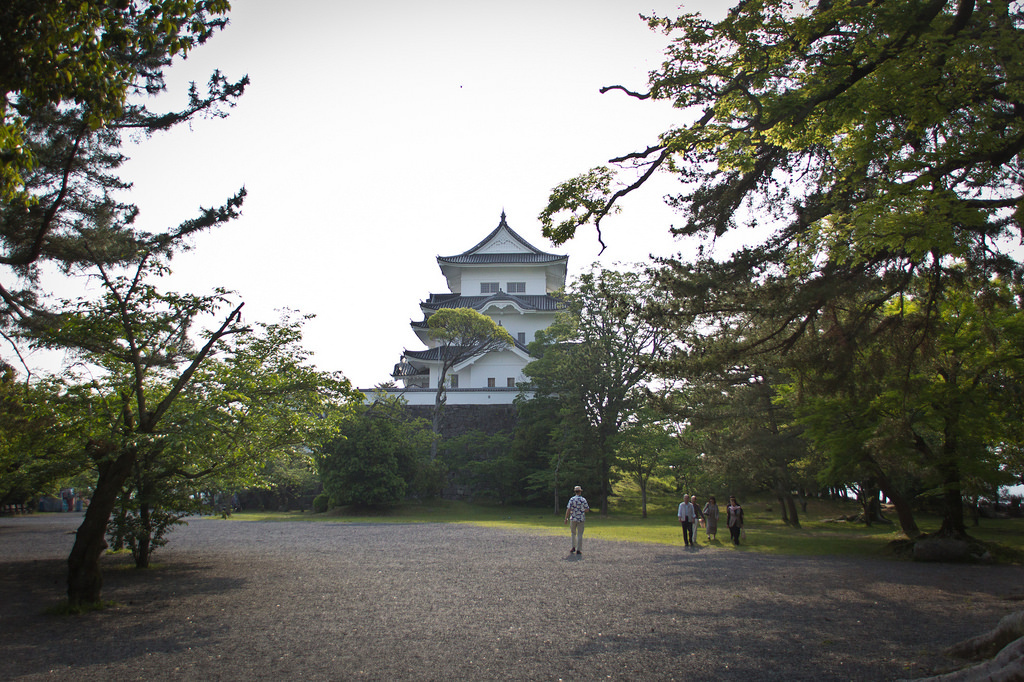 Hattori Hanzo engaged with enemies along the road, but he and his ninja followers made quick work of any resistance. Some speak highly of Hanzo’s moves in battle — perhaps too highly, considering he’s attributed with various supernatural abilities such as teleportation, psychokinesis, and precognition. It’s these sorts of conceptions that have spawned the prominence of his character in pop culture.

The mystery around his heightened abilities can be linked with the secret teachings of the art of ninjutsu, a martial art form that incorporates stealth, espionage, sabotage, camouflage, and general deception. No one can really explain how real Hanzo’s abilities were or what the full capacity of his abilities could have been. After all, being a ninja was mostly about keeping out of the spotlight, so it’s natural that most of Hattori Hanzo’s life and ability is shrouded in shadow and secrecy.

Hanzo enjoyed a life of wealth, for Ieyasu awarded him with enough money to rival that of a daimyo’s earnings. Ieyasu set up residence in Edo shortly after and invited Hanzo and his ninjas to join him as loyal guards who would watch over the castle from the shadows. When Hattori Hanzo died in 1596, his band of ninjas were said to die with him, as they disintegrated under less-able management and their discipline and training began to slack. Hanzo’s remains are now kept at Temple Cemetery in what is now Tokyo, surrounded by his favorite weapons. 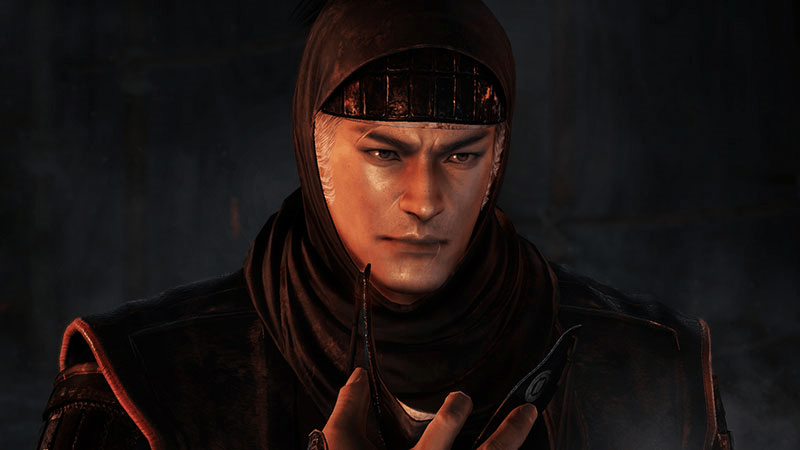 Hanzo’s Japanese descendants began to decline here, for it’s said that his offspring failed to live up to his high standards. One of his sons, also named Masanari, became captain of the castle guard by order of Tokugawa Ieyasu himself, but his own guard rebelled against him. He was relieved of his duties and later died in battle while desperately trying to redeem his honor. Another of Hanzo’s sons, Hattori Masashige, went on to serve Tokugawa and lead a group of ninjas, and while he had more success than his ill-fated brother, he was unable to grasp the teachings of ninjutsu in the same way his father once did.

The Secret Life of Hattori Hanzo

Much of Hattori Hanzo’s life is unknown because of the secrecy surrounding his ninja lifestyle. Many of his achievements and talents will forever remain a mystery. From Hanza’s Japanese training and skills to the tasks which Tokugawa set for him when he was in his employ, there is no account.

There could have been hundreds of epic missions that Hanzo was sent on, including assassinations, theft, espionage, scare-mongering, and more. Are most of the tales about his powers made up by his allies and peers? Perhaps these tales were cultivated by Tokugawa Ieyasu himself to spread fear into his enemies. Maybe they were very real, but we’ll never know due to the secretive art of ancient ninjutsu.

History and Weapons with Swords of Northshire

Whether you’re interested in buying a ninja or samurai sword or you want to learn all you can about ancient Japanese history, Swords of Northshire is your number one resource. Learn more when you read our blog or reach out to us today to ask about customizing a katana!