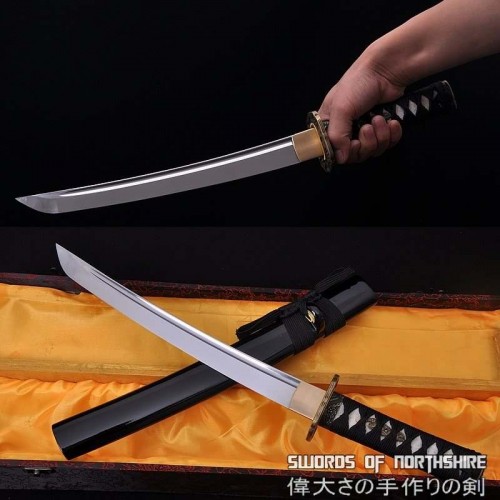 Why Do You Give A Coin With A Knife

Whether you’re shopping during the holiday season, for a birthday, or for another celebratory occasion, you might decide that a knife is the perfect gift for a friend or loved one. With so many unique styles and different utilitarian designs, knife lovers are probably always adding to their collection. If you’ve never given someone a knife before, you probably don’t know that you should always give a coin with your gift.

Why do you give a coin with the knife? There is a fascinating sword gifting history behind this tradition. Read on here to learn more about coins and knives from the experts at Swords of Northshire.

Knife & Penny As One

Historians have found evidence that ancient cultures from hundreds of years ago were very superstitious about giving knives as gifts. They believed that giving this weapon, something intended to cut, was bad luck for a relationship — especially bad when a knife was given as a gift to a romantic partner. Many people believed that a knife given to a spouse would end the relationship within a year! To circumvent a gift that could represent cutting the ties between two people, a new tradition started that has made its way into sword gifting history.

Each person who gave a knife or sword as a gift would also include a coin. Whether it was a gold piece or a penny didn’t matter. As long as the recipient returned the coin to the giver, it was like they paid for the knife and thus wasn’t considered a gift. The superstition of cutting the ties of the relationship didn’t apply to a purchase! Why you give a coin with the knife spread far and wide and is now part of a superstitious tradition — even in today’s modern world.

Continuation of the Coin Tradition

Like many other superstitions and traditions, the exact origin of why you give a coin with a knife isn’t clear. However, it has evolved to incorporate another familiar superstition: picking up a penny for good luck. Since some consider giving a knife bad luck, the appropriate coin to give with it is a penny — known for its good luck!

In fact, many knife makers and retailers are familiar with the tradition and include coins in their knife gift boxes. Japanese knife maker, Masakage, is one of these and he always includes a five-yen coin with every knife purchase.

Will You Take Part in This Tradition?

Now that you know why you give a coin with a knife gift, it could be something special you want to add to your own gift-giving. You might not be a superstitious person, but giving a coin with your gift is a chance to take part in an ancient tradition. You also get to share a unique piece of history with the recipient of your gift and other members of your family.

Ready to learn more about other interesting sword and knife traditions? Explore the blog at Swords of Northshire today for the history of Japanese and Chinese weaponry.