The Rise and Fall of Oda Nobunaga

The Rise and Fall of Oda Nobunaga

In 16th century Japan, clans, bandits, and fanatic religious cults fought one another in a struggle so relentless that the period became known as the age of the country at war. Provincial warlords had become their own masters, and the countryside spun off into many small kingdoms rather than one central government. One warlord would steer the country back on the road to peace. His name was Oda Nobunaga.

Nobunaga’s origins were humble, too humble for him to ever dream of becoming a shogun. The son of a minor warlord, he remained a small territorial chieftain, until opportunity knocked on his door.

He controlled a comparatively small area of land, but it was very strategically situated because, to the east of the Nobunaga territories, was the territory of the much more powerful family of Imagawa. In 1560, Imagawa Yoshimoto, the head of the clan conceived a grandiose plan of marching on Kyoto and setting himself up as a shogun. 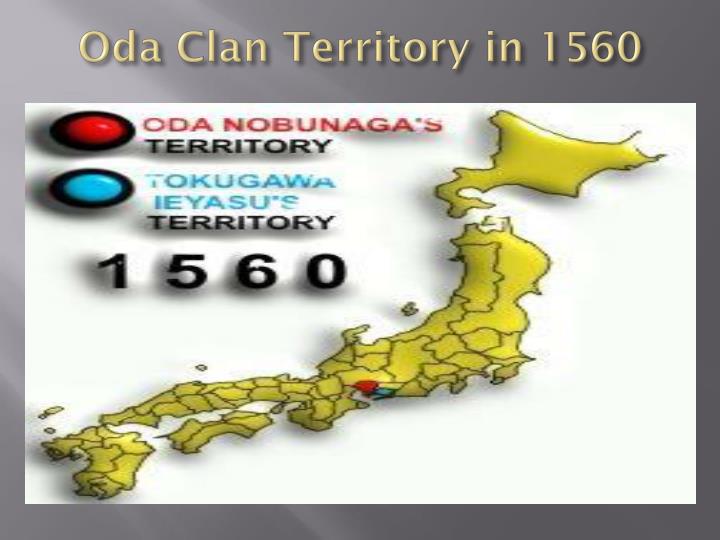 With a sizeable force of 25,000, the defiant warlord began to march towards Kyoto. Following the etiquette of the day, Yoshimoto planned to notify the various warlords in his territory. It was one neighbor though, who wouldn’t be worth this consideration.

It so happened that the first territory Yoshimoto would have to pass through was Oda Nobunaga’s own province, and he clearly regarded Nobunuaga as a minor irritation to be brushed to one side, after all, his troops outnumbered the Nobunuaga troops by 12 to 1. Yoshimoto’s samurai burned three of Nobunaga’s frontier fortresses, with little resistance.

So confident was Imagawa Yoshimoto of ultimate victory, that he rested his troops in a little gorge and held one of the traditional head viewing ceremonies. By the time Yoshimoto had settled his troops down for a rest, Nobunaga was already mobilizing his men for an attack. During a heavy thunderstorm, Nobunaga’s samurai overran the camp. The intruders reached for their weapons, and the killing began. When Yoshimoto awoke from his nap, he heard noise and shouts, but he mistook it for a brawl among his men. Just as he emerged from his tent to stop the fighting, he saw a Nobunaga samurai racing towards him. It was the last thing he ever saw.

The battle of Okehazama, as it was called, lasted only 15 minutes, and it turned out to be one of the most decisive battles in Japanese history, because it raised Oda Nobunaga, the minor warlord, to a position of military preeminence in central Japan. It was his springboard to move towards a goal of unification.

At the age of only 21, Nobunaga was on his way to becoming the ruler of all Japan. He continued to wage campaigns across the country. One by one, he eliminated the countries’ most feared and unruly warlords. Province after province fell under Nobunaga’s control.

He made brilliant use of the newly arriving Europeans. He pitted the Christian missionaries against the fanatical Buddhist sect of warrior monks. The monks were tough fighters who had challenged his rule and caused him endless problems on the battlefield. He let loose newly converted Christian samurai with a religious fanaticism of their own. They took on the monks with tremendous courage and determination. Nobunaga’s massive force attacked the town of Sakamoto where they resided before burning their temples to the ground. He then formed a search party to eliminate anyone who had escaped their attack.

Nobunaga was quick to employ another export to the shores of Japan, gunpowder. He was the first warlord to really understand the potential of using guns in battle. Many other warlords used them, but very few had used them effectively.

At the Battle of Nagashino, Nobunaga put his musketeers on the frontlines and ordered rotating volleys of musket fire. As inaccurate as they were, the volleys proved deadly, cutting down the enemy samurai as soon as they ventured too close. His soldiers would then charge and finish off the enemy.

His power consolidated, Nobunaga ordered a magnificent castle built, overlooking the largest lake in Japan. He then commissioned the country’s most famous painter to fill it with golden screens of great splendor. Nobunaga’s authority remained unchallenged for over 20 years, until in 1582, an ambitious general decided to seize an opportunity.

Nobunaga had stopped for the night at a temple in Kyoto on his way to a castle siege in the west. He never suspected that the traitorous general, Akechi Mitsuhide was preparing to set the structure to the torch. Flames began to consume his placid surroundings, but Nobunaga would deny his enemies the pleasure of assassinating him. He committed ritual suicide.

The man who was responsible for his death, Akechi Mitsuhide, has acquired the title into history of the ‘13 day shogun’ because 13 days is all that he lasted. Once the news of Nobunaga’s assassination reached his loyal general Hideyoshi, Hideyoshi rushed back to Kyoto to destroy the usurper.

The treacherous assassin’s plans of ruling Japan were never to materialize. Nobunaga’s trusted protégé, Toyotomi Hideyoshi took his revenge. He had the murderous head put on display. This next great shogun would use his tremendous military skill, fierceness, and cunning, to further Nobunaga’s plan to unify a war-torn country.