Most often remembered for his role in overthrowing the shogunate in 1868, Saigō Takamori is also usually known as “The Last Samurai.” Born in 1828, Takamori enjoyed a meteoric rise to power around 1854. He was recruited by a daimyō of the Satsuma region named Shimazu Nariakira to act as an official in Tokyo. While he might have begun his career inspecting rice and working with construction projects, he became a spymaster that built up a network of loyalists. Learn more about Takamori, his role in the Meiji Restoration, and his later rebellion here.

Officially, Saigō Takamori was a gardener in Edo, but this role was merely a cover that allowed him to meet with Nariakira without suspicion. His network helped ensure the position of Nariakira as daimyō, and he eventually became a trusted advisor. When Nariakira died in 1858, his younger brother, Shimazu Hisamitsu, became regent. Even with his former friend and protector’s brother as regent, others’ political machinations resulted in self-exile among Okinoerabujima and Amami Ōshima islands. 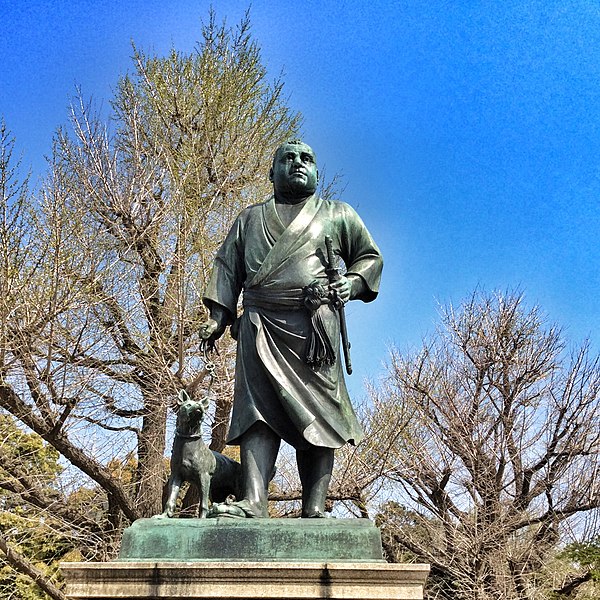 Saigō Takamori had a certain amount of freedom living on the islands, and he eventually married. His exile became government imposed when he was critical of Hisamitsu. He was held on a penal island until he reconciled with Hisamitsu in 1864. Takamori eventually returned to the political stage in Kyoto and was named commander of the army.

A Rebellion in the Making

While Takamori effectively removed anti-shogunate forces from Chōshū during his first battle and was promoted to a high level, he and other samurai were experiencing dissatisfaction with the modern direction Japan’s government was taking. The social classes and warrior classes were being abolished, and many samurai found themselves in uncertain positions. The shift in language, dress, and culture felt like a betrayal of traditional ideals.

In 1866, Saigō Takamori became the leader of the anti-shogunate forces in the rebellion against the Japanese government. A key figure in several battles, none were more important than the surrender of Edo Castle and the Battle of Shiroyama.

Because of Takamori’s samurai beliefs, he was able to negotiate a bloodless surrender of Edo and averted a bloody civil war. Even after the surrender at Edo, Takamori continued leading his rebellion for another year until the final battle in 1877.

The Final Battle of Shiroyama As the imperial army whittled down Takamori’s forces, he retreated slowly until reaching Kagoshima. Here, he and his army of 500 samurai stood against 30,000 imperial troops. While Takamori and his men fought with a combination of traditional samurai weapons and strategy alongside more modern weaponry, they eventually chose a final charge at the imperial army instead of surrender. All were cut down in a hail of gunfire. With Takamori dead and his men broken, the rebellion was over.

Even though he was on both sides of the Meiji government, pushing for and fighting against modernization, the government pardoned him for his failed rebellion only 12 years after his death. They erected a statue of him and his faithful dog in a Tokyo park. He maintains his status as a popular cultural and historical icon forever known as The Last Samurai.

From Saigō Takamori’s story to the Bushido code of the samurai, Swords of Northshire is your expert guide to all things Japanese. Explore our blog to learn more about samurai culture, Japanese history, and the traditional weapons of the warrior class!